Cross of Red and Yellow

Once the dominant fib has been established for a specific time frame within a given market, the longest directors (Red [d5] and Yellow [6]) are used to give an indication of a developing trend. Where the reversal of a bull trend is seen, the Red [d5] director (being a shorter cycle) will begin to move lower before the Yellow [d6]. When this happens, the convergence and eventual cross-over of these two cycles will be seen. Should the price action fall dramatically below the Yellow [d6] director, then this convergence and cross-over will occur more rapidly. Because these cycles are calculated using historical price data, as with moving averages, there tends to be a lag effect before cross-over occurs.

Price Crossing the Base Cycle 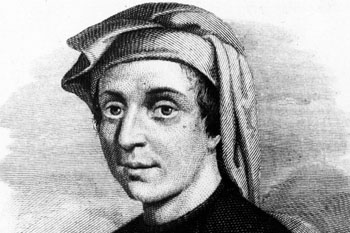 In an effort to execute at improved levels, an attempt is made to pre-empt the cross-over of these longer cycles, by using the failure of support or resistance provided by the Yellow [d6] as the first indication of a developing reversal of the trend. It should be remembered however, that the failure of this longest cycle does not in itself produce the reversal signal and a signal of confirmation of a change of trend is therefore sought. For this, the base cycle (Purple [d7] director) is used. Once the Yellow [d6] has been penetrated, a failure of support or resistance provided by the purple [d7] acts as the confirmation of the new trend. It has been noticed that the testing of the purple [d7] often coincides with the cross-over of the Red [d5] and Yellow [d6] directors

The shortest cycles , represented by the dark blue [d1] and pink [d2] directors, will naturally shadow the movements in the market more closely than the Red and Yellow. These are used to indicate the momentum within the trend. If the price action is above or below all of the cycles we have an accelerated move (a). When the price action moves through the shorter cycles it shows a loss of momentum (b). A resumption of momentum is seen as the price action moves outside the cycles again (c). The effect of the cycles is cumulative, so if all cycles are moving in the same direction, then a continued move can be expected. However, if the shorter cycles turn against the longer cycles, then a loss of momentum is suggested

Where the trend is in the early stages of development, it would be expected that the intermediate (Green [d3] and Cyan [d4] ) and longer cycles (Red [d5] and Yellow [d6]) would provide support or resistance to any correction to the longer term trend. As this occurs, the shorter cycles would once again be expected to turn in the same direction as the longer cycles, indicating a resumption of momentum.

By encompassing the elements of time, director formation and maximum deviation to previous price movement, a set of rangers are produced (often referred to as timing support or resistance levels). These are used to project the extent of a likely price move, within a specific time span. Once again, because the Fibonacci numbering system is used to produce these bands, the relationship between adjacent bands is 0.618 or 1.618, accordingly. These rangers are used to provide target support or resistance levels within a particular trend. If primary band levels are breached, an extension of the move to the next band is expected. Where this does not occur, failure through the initial level is considered an indication of the loss of momentum. Failure to extend gains through primary ranger levels often allows the shorter cycles to turn against the trend, also indicating a loss of momentum.